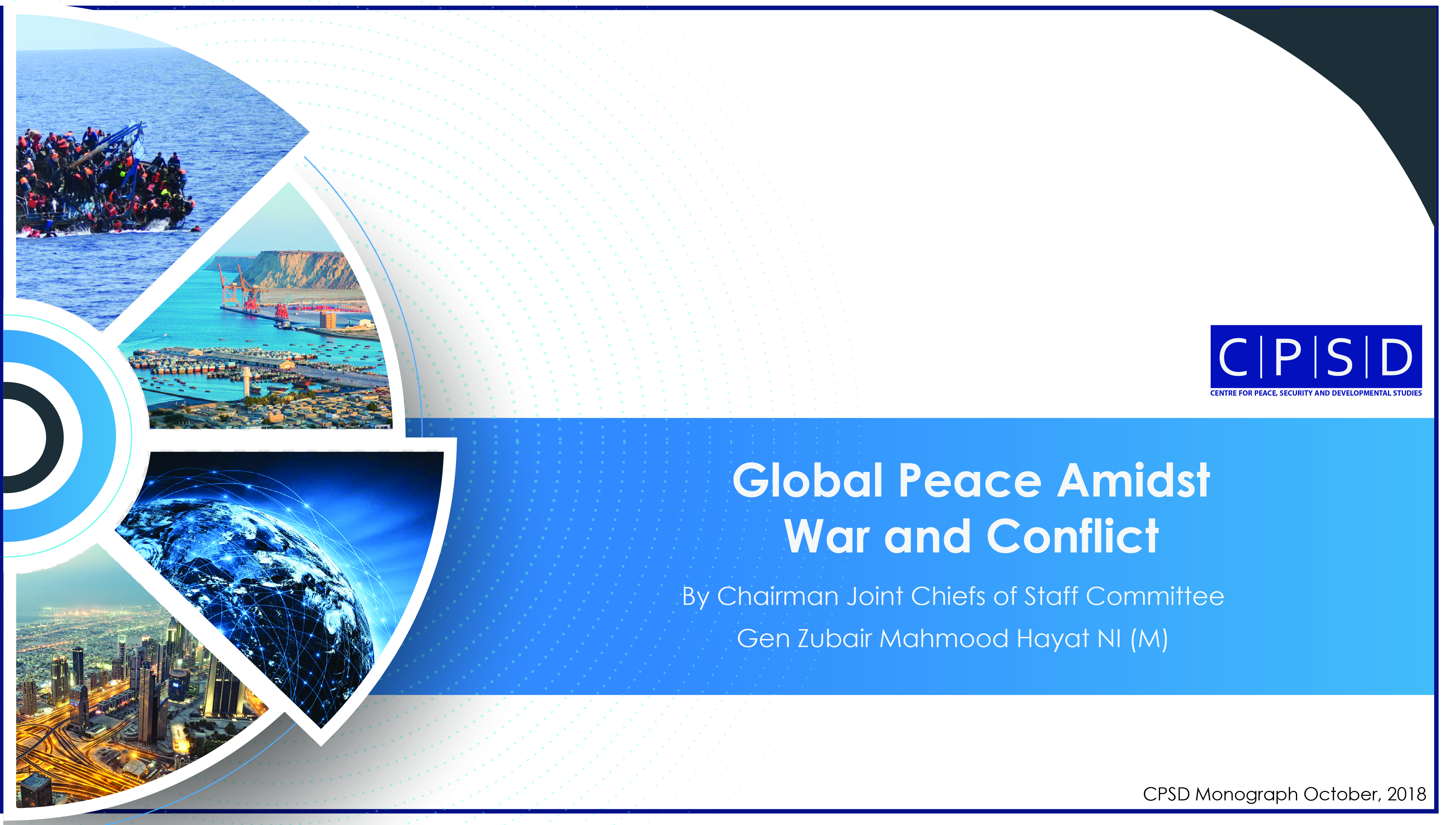 Global Peace Amidst War and Conflict


The wider global political landscape in the last few decades, since the 1948 UN Partition Plan for Palestine, has bred conflict in various parts of the Middle East, North Africa and has continued to impact West Asia including Afghanistan and Pakistan in the South Asian belt. Unrest in Egypt, Libya and a full-scale war in Syria post the Arab Spring has had devastating consequences for regional stability.

Peace is an idealistic notion grounded in unfounded realities and promoted by global agendas and policies. A more critical argument would perhaps envision the concept of peace as the cessation of war appearing to negate the existence of violence. However, as already mentioned today, the absence of peace may not necessarily translate into the absence of war. The process of achieving peace is far more dynamic and in the long term – a process based on universal values.