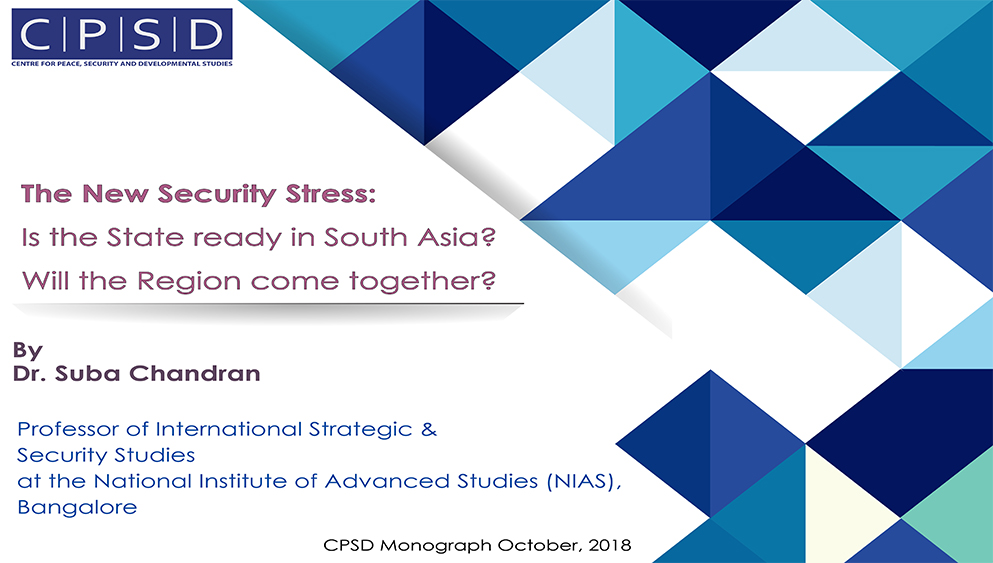 The New Security Stress: Is the State ready in South Asia? Will the Region come together?

Another major point to note here is that when there was a global push between the 1980s and 1990s on national security from a military security point of view, the regions of South Asia, South East Asia, and Central Asia just copied what the West told them about primary security. With 9/11 and the change in the way security is perceived by the West (going back to traditional security with an emphasis on military security) are these regions also going to adopt these strategies?

Besides this, South Asia as a whole faces another big dilemma – the youth bulge. About 40 to 60% of the region’s population consists of the youth. Given this statistic, the questions that need to be asked are whether and how far our youth qualified is. Is this youth bulge going to be a dividend or a disaster for their State? At the current rate, presumably these things could have potentially disastrous consequences. Almost all the countries of South Asia spend only 2-4% of their annual budget on education. Of the number of state-run educational institutions, how many are actually ghost schools/institutes? How good is the health sector in providing health facilities to the youth? India has an alarming annual number of reported teen suicides due to mental health issues.

To the growing list of reasons for domestic security stress, we can add urbanization and the alarming growth of cities. There are now a lot more cities in South Asia compared to the previous decades and yet almost none of these cities are becoming smarter despite becoming bigger. These cities display a greater degree of “slumification” than urbanization.

Water security is another issue that is central to the South Asian context particularly because of the urgency and importance attached to it within this region. Water scarcity prevails all over South Asia. Urbanization and industrialisation require huge amounts of water and if cities continue to expand the way they currently are, this requirement will grow exponentially. Despite huge floods we have not been able to replenish our water supply. More than that despite sharing a common river (as a border, perhaps), we do not talk in terms of sharing water anymore. Instead with water becoming a political issue in recent decades, we now want control and ownership of these water sources. The violence that was absent in water sharing is now very apparent when water is talked about in terms of being another security issue where the possibility of a water war becomes a very easy debate.

All of the above mentioned issues are also issues that South Asia as a whole could deal with only if the two major players of the region, India and Pakistan, could agree on the commonality of the problems between them and look beyond the trajectories which they are on individually to focus on the potential economic and political security of the region as a whole