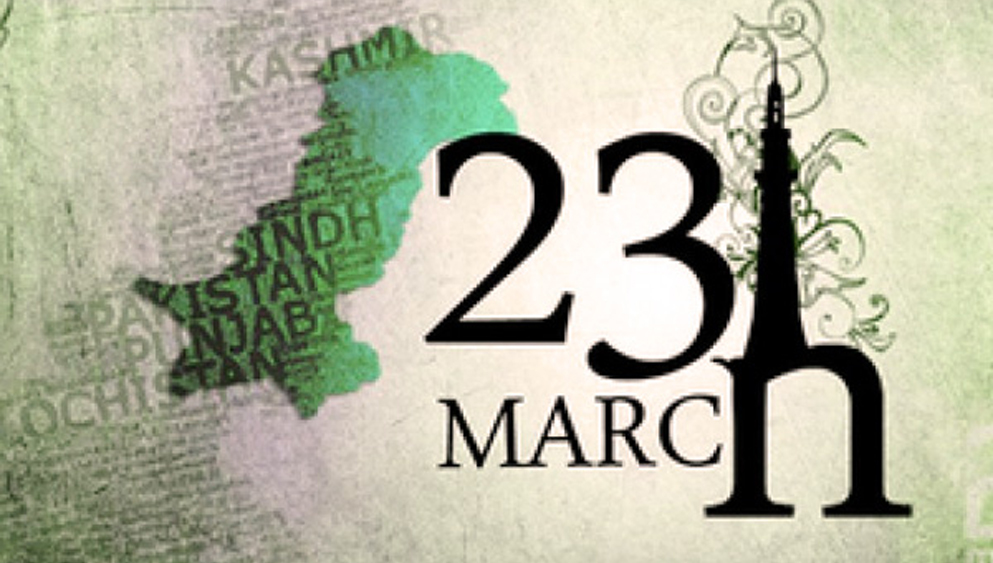 One can’t skip over 23rd March while looking into the political history of the subcontinent. The day’s significance is multi-dimensional. It was the day when the political movement of Pakistan took a surge. Muslim League, after its three-day general session declared for the first time, the demand of “independent states” as “autonomous and sovereign.” While the name “Pakistan” was not part of the resolution passed in Lahore on 23 March 1940, it was a prominent feature of the political campaigning by Muslim League after 1940. For any student interested in the historical evolution of the Muslim League as a political party, 23rd March is a key event.

23rd March is pivotal in a debate on whether religion can build a political identity. The constitutional struggle of Pakistan was based on the assumption that Muslim should be accepted legally as a separate nation of India. We are successful so far in achieving a state based on this demand. However, as the country lost an important Muslim majority region in 1971 and several anti-state movements had to be curbed through military muscles, the relevance of the ideological grounds on which the country was built in today’s world is a matter of debate.

Most importantly, in the constitutional history of Pakistan 23rd March comes twice in the calendar and for contrasting reasons. On 23rd March 1940, we presented a written document that in many ways resembles the American Declaration of Independence in 1776. While Americans were able to keep the spirit of the Declaration intact while transforming it into a Written Constitution, Pakistan ended up creating a document in 23 March 1956 having no resemblance to what was demanded in 1940. While we asked for autonomous units based on religious identity in 1940, in 1956 we adopted an unnatural amalgamation of West Pakistan as one unit based on administrative requirements. As the current constitution has finally accepted political autonomy of provinces through 18th amendment, the Lahore Resolution in 1940 and the 1973 Constitution of Pakistan still have more differences than commonalities.

Pakistan Day should be a reminder for us. A reminder to go back to political solutions and constitutional movements instead of opting for radical anti-state armed struggles. The Day should remind us of what we faced being a minority and ensure the minorities in our country do not face the same. And it should be the day to decide how to keep the spirit of the Lahore Declaration alive in our constitution today.