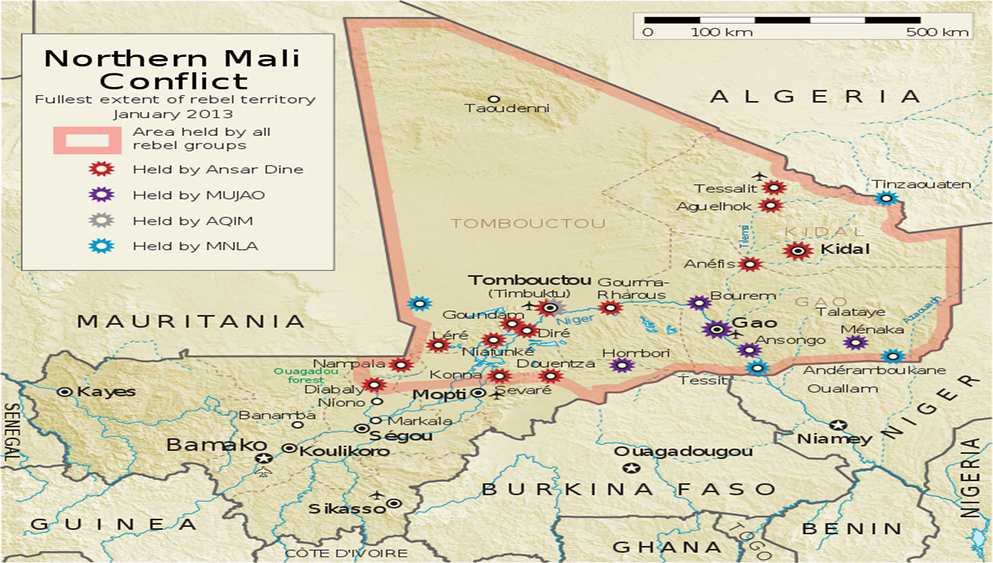 The history of colonialism is very interesting and has noteworthy impact on contemporary world. Between the 1870 to the mid twentieth century, the continent of Africa has faced the European colonialism. European powers had fought each other to establish control over Africa. Since the 17th century France developed historical, economic and political relations with the continent of Africa. Amongst other African countries, France expanded the most and by the 19th century it had conquered many territories in West Africa. In the late 1950s and early 1960s, after the end of Second World War, process of decolonization started and French colonies gained independence. However, through agreements with them France maintained political and economic relations with its former African colonies. France also developed a strategic security partnership with its former colonies in Africa. France continued to their influence on its former colonies through cooperation agreements, financial assistance and military intervention. In between 1963 and 2013, France intervened in Africa several times. Natural resources have played a very important role in the conflicts that taken place in African countries over many decades. Mali, located in West Africa, officially got independence from France in 1960 but still at the mercy of its former colonial master. Hence, this paper will pay particular attention to the continuing French influence in Mali, a former French colony in West Africa and the region also has become a victim of a resource war.