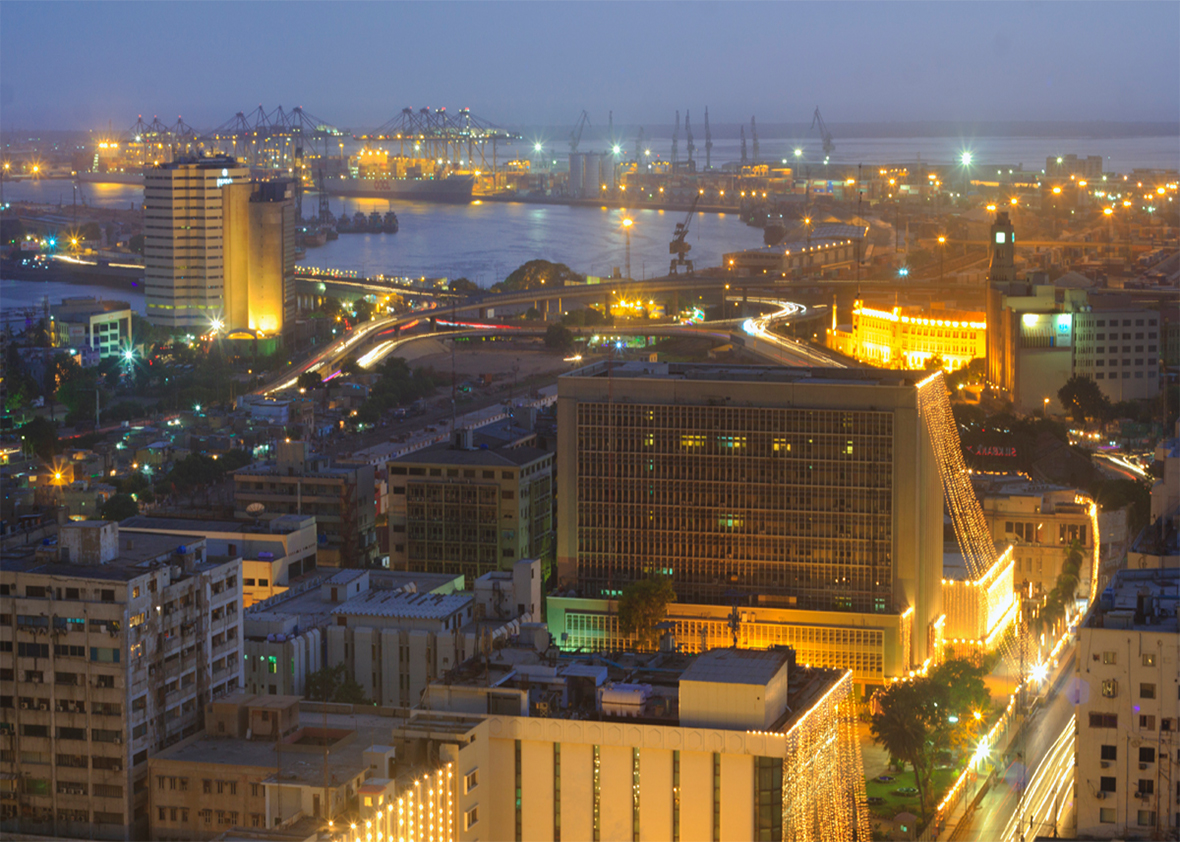 Karachi, once famously called the city of lights, has always had a geo political and socio economic significance. The city being, the largest and most populous in the country is the premier financial and industrial center. Karachi, situated in the Arabian Sea, serves as a transportation hub and plays a significant role in mobilizing trade in the region through its two largest seaports, i.e, Port of Karachi and Port Bin Qasim and one of the busiest international airports of the world. The city has also been declared beta world city along with Berlin, Geneva, and Abu Dhabi due to its moderate links to the world economy.

Being the wheel runner of Pakistan's economy at large, it contributes to the largest amount of tax collection, i.e. 62.4% from the year of 2000 to 2012. Approximately 25% of Pakistan's national revenue is generated in Karachi. The city has also an informal economy which is not typically reflected in GDP estimate and it may constitute upto 36% of the Pakistan total economy. Majorly depending on its industrial zones, Karachi is home to some of the country's largest companies dealing in textiles, cement, steel, chemicals, machinery and food products.

Being the 8th most populous city and one of the fastest growing urban agglomerationsin the world, it is home to diasporic populations, multiple ethnicities, and communities. Due to the result of many unplanned migrations over the past many decades, the city is divided into planned and unplanned settlements. The latest preliminary census results of 2017 put Karachis population 14.9 million, which is still controversial among the local political parties and stakeholder. According to UNPD projection, the city populations will exceed 19 million by 2025. The latest census of 2017 shows the demographic profile of Karachi by linguistic breakdown as Urdu Speaking population at 43%, Pukhtuns at 15%, Balochis at 14.5%, Punjabis at 13%, Sindhi at 7% and others at 7.5%.

Due to its wide array of ethnicities and communities, and dense population, the city has been repeatedly hampered by ethnopolitical, sectarian, and criminal violence. From 1947 to 1970, there was no delineation between the ethnic or political parties of the city. However, this ethnopolitical landscapes changed with the policies in Bhutto regime to address the grievance of Sindhis. The introduction of the quota system, Language bill of 1972 created grievance among the Urdu Speaking or Mohajir communities of the city who regarded it as a conspiracy against them. Since the early 70s, the city has seen various clashes over the control of inadequate resources, and city infrastructure.Although, the two major parties of the city MQM and ANP are the coalition partner with PPP since 2008. But this coalition has broken on various disagreements over sharing powers and resources over the time, hence resulting in bloody clashes.

The past decade has been very unfortunate for the city and it had to observe some of the bloodiest years in the history. The eruption is violence doesn't only caused by the ethno political unrest in the city, but also due to the sectarian violence and organized crimes in the city. The sectarian violence which originated after the Afghan jihad in the 1990s has tormented Karachi with sectarian clashed multiple times. Moreover, there are more than 200 well-armed and well-organized criminal groups operating independently and in conjunction with various political parties. The presence of these groups and their invincible criminal activities made Karachi one of the most dangerous cities in the world. An extended operation conducted by Pakistan Rangers which started in 2013, has notably reduced the crime rate in the city. The interior ministry report shows that the targeted killing in thecity has reduced to 91%,acts of terrorism has declined to 90%, whereas the cases of extortion came downto 73%.

Karachi also suffers from the huge deficit of social and civic facilities. Due to Karachi improper infrastructure and poor security situations, the foreign firms now prefer to be incorporated in Islamabad. The city's under performance is majorly due to the lack of proper planning, ad-hoc decision-making, slow implementation of the development project and lack of local finance. District government is not empowered enough to resolve local problems and are a lot depended on provincial administration. Some key local government functions including education, environment, and security don't fall under the purview of the district government. The conflict of interest between local and provincial government, tug-of-war for power and control with administrative bodies, poor coordination and overlapping responsibilities have jeopardized the civic conditions on the city and have contributed to the various mafia networks that control access to water, transport, and land.

A Road to Stability

Some recent developments, however, holds the promise that the situation in Karachi would change for better. Pakistan is a signatory to UN Sustainable Development Goals (UN-SDGs) and it has provided the mandate to shore up the neglected social services. The Prime Minister Shahid Khaqan Abbasi announced the development package of Rs. 25 Billion for the city. Under this package, the Greater Karachi Bulk Water Supply Scheme, Green-line Lyari Expressway and similar other schemes will be initiated. Moreover, the budget speech of 2017-2018, the Chief Minister Sindh Syed Murad Ali Shah announced the allocation of Rs. 70 Billion to uplift the city's transportation and road-infrastructure. A World Bank's co-funded project by Sindh Government is also being initiated for developing parks, improving road networks, and restoring old buildings.

With the development initiative by the government to improve the city's urban conditions and stability of law & order and security conditions, the foreign investorsare eyeing the rapidly growing market of the city. In this context, CPEC (China-Pakistan Economic Corridor) and Silk Road Economic Belt (SREB) under OBOR (One Belt One Road) promises a prospectus of economic stability and tons of opportunities for the country, especially Karachi. The Chinese investment of $57 billion in CPEC; half of which is embarking for power generation and plenty for modern transportation networks, infrastructure, and special economic and industrial zones; will energize the economy of the country too. Pakistan will not only serve as international interchange but it will enable it to at a great strategic advantage to be a hub of international trade economic integration of Asia, Europe, and Africa. These projects will also be a mean for securing our socio-economic future through the development of requisite infrastructure and catering energy shortfall. Some other long-term benefits from these foreign investments are linked to growth in GDP potential of the country, development in the agriculture sector, a boost in the tourism industry, and improvement in education and health sector.

The stability in security conditions of the city and the huge infrastructural development through multiple projects of CPEC has open opportunities for multiple public - private partnerships. The revival of public - private partnership will also bring in a lot of money into the development initiatives. It will not only provide infrastructure and facilities to people, but job provisions will also be an important aspect of it.It is estimated that the employment opportunities for local youth will be maximized with the implementation of mega projects in mid to long-term of CPEC. International Labour Organization (ILO) estimated that CPEC alone, will create around 400,000 jobs while Applied Economics Research Centre (AERC) estimated that China-Pakistan Economic Corridor (CPEC) is expected to create over 700,000 direct jobs between 2015 and 2030 and add 2 to 2.5 points to the annual economic growth of the country.

Albeit these opportunities coming in, there is a drastic need for action that should be taken by the local administration, federal and provincial government and other state authorities for strengthening bureaucracy as well as piloting initiatives for skill development programs, and training manpower. Some recommendations for through which Karachi can reap the most out of the upcoming opportunities are,