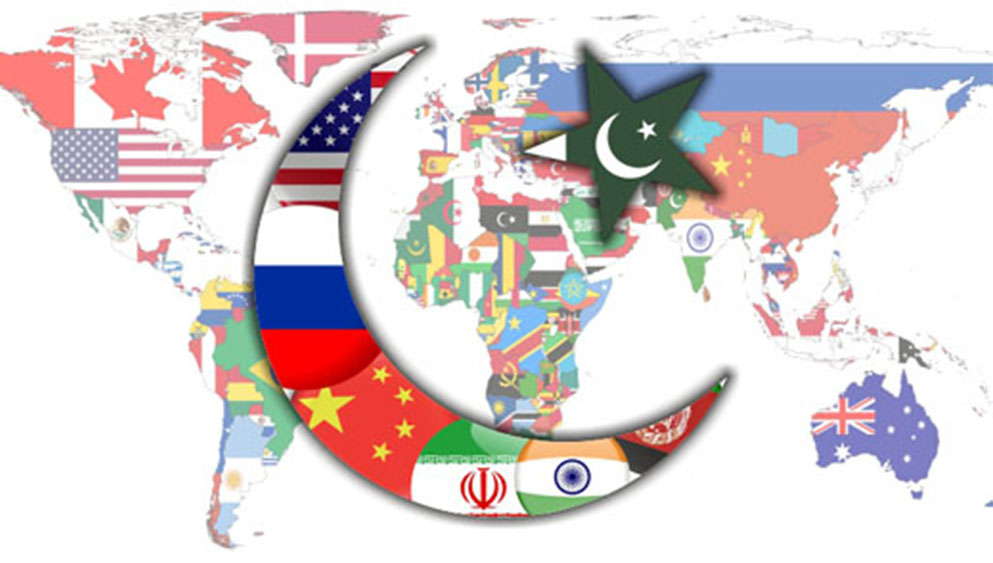 History reveals Pakistan and U.S have an uneven relationship. As Pakistan came into being, U.S established its relationship with Pakistan right after its independence. Right after World War II, the world witnessed the far reaching effects of the Cold War, including Pakistan who sided with the U.S. and joined the anti-communist bloc. There were many factors which at that time by the political elite. As the geopolitics was much in favor of Pakistan, Pakistan would have benefited a lot if they also have entertained USSR.

Examining the Pak-US relations, Islamabad has always consolidated the ideas and foreign policy advice from Washington. For the consistent and normal relationship between the two nations, Pakistan played its role in the management of 1972 Nixon visit to China, which eventually changed the geopolitics of the world arena later on. Apart from that, the pivotal role being played by Pakistan in Soviet-Afghan war was another milestone to be mentioned

Many believe that Pakistan relied on the U.S. for aid and security in order to establish its common grounds, which explains the presence of U.S. in Pakistan policies and other affairs. However, both nations were aligned to ensure their own national security.

Pakistan is the biggest ally of the U.S. in the Global War on Terrorism (GWOT) and lost approximately 80,000 lives against militants in its own country. The U.S. and Pakistan correspondence, related to fighting against extremism was done on equal terms. However, President Trump recent statements on Twitter about Pakistan sheltering terrorists and not providing results despite the ample aid provided to it by the US has turned the alliance confrontational and defensive on both sides. In response, Pakistan National Security Committee has rejected all the allegations of Trump regarding Pakistan, sheltering the extremists and deceiving them.

UN Resolution against Declaring Jerusalem the Capital of Israel

USA United Nations ambassador Nikki Haley was displeased about the vote Pakistan gave in against U.S. policy of declaring Jerusalem as the capital of Israel. Pakistan played a major role by co-sponsoring of UN resolution regarding Jerusalem as the capital of Israel. The result was astoundingly clear with 128 votes in favour and 9 against them in the assembly which consisted of 193 members of which 35 were absent. This resolution marked a new era in the US foreign policy where it found itself opposed by an overwhelming majority despite its status as one of the superpowers amongst modern nation states. This new development can be explained by the new presidency term which has seen the US global reputation suffer significantly due to Trump extremely right leaning rhetoric which is sometimes bordering on fringe politics.

The policy of U.S. was rejected in the United Nation General Assembly by a majority and not a single clause was found acceptable. Pakistan's representative Dr Maleeha Lodhi in United Nations gave a statement against her American counterpart Nikki Haley assertion against Pakistani deceit.

Maleeha claimed that Pakistan collaboration with Washington was not due to the greed of any sort of help from the US but rather it was purely due to the principles and national interest. In addition to it, the claim of the American President Trump that Pakistan is deceiving them by giving safe haven to terrorists is also rejected and unaccepted, as it is not based on facts, rather they are only to pressurize the Pakistani nation and to harm its dignity. In this instance, the relationship between Washington and Islamabad is now strained as Trump unorthodox approach to international strategy via twitter has stirred disturbances and raised questions about the future relationship of the U.S. and Pakistan.

Major General Asif Ghafoor also weighed in on Trump statement by claiming that there is no compulsion out there which could have pressurized Pakistan. However, regarding the funds, the military spokesperson told, as per the current records, Pakistan withholds, $255 million not $3 billion. Moreover, he also has claimed that no one could dictate Pakistan about how to do things or no one can harm the esteem of Pakistan. Even though Pakistan wants to move forward with collaborative engagement with the U.S. but self-respect and dignity come first and no compromise would be done concerning the respect of the nation and its leadership.

On the contrary, there was a larger criticism recorded, linked to Trump statements. Highlighting that Trump has not taken into account Pakistan cooperation while doing operations against al-Qaida along with the military clearance in the northwestern regions of the country, which was risky but yet Pakistan has given its space to the U.S. for military operations because Pakistan also wants peace and harmony. However, the aggressive statements pointing out Pakistan self-respect are creating complications in Pak-US relations. It looks like there is a point of no return in the relationship because Pakistan and America both have chosen different paths. The global war on terror set back Pakistan on all economic and social fronts yet it is now getting berated for it. This aspect will certainly be the point of contention in any future diplomatic endeavors of these two countries.

Another angle to understand this new development in PAK-US relations is the current government domestic issues. Trump is currently focusing on the International front in order to diffuse domestic pressure as he is now under the FBI investigations.

However, the approach of neoclassical realism is considered to analyze the foreign policy. This Neoclassical realism mainly holds the state actions associated with the international system and these are probably be explained by the systematic variables; for example the distribution of power and other cognitive variables specifically the perception of system pressures within the society. All this could directly affect the power and freedom of actions related to the foreign policy. Moreover, the realist concern of power balance also concerns with the state inability to understand the other country accurately that result in unbalancing behaviour of leaders. Keeping in mind the controversial statement of Trump who has mainly insisted FBI to set up an investigation on him. However, the controversial memo has raised extensive collusion between Russia and Trump campaign officials. Moreover, the pressure that Trump is currently raising by his aggressive statements has also raised the questions regarding his perception and strategy related to foreign policy.

Ex-Prime Minister Nawaz Sharif also gave a statement in response to the Trump blame on Pakistan for providing a place to extremists. In his statement, Nawaz Sharif asked Prime Minister Shahid Khaqan Abbasi to make arrangements for the development of a policy through which the country reliance on U.S. aid could be ended. Additionally, Nawaz Sharif also declared that Pakistan holds around 255$ million in aid given by U.S. Moreover, the tweet by Trump was what he considered non-serious and sad. Particularly highlighting that Pakistan has paid the high price after the incident of 9/11, it is clear in front of the global world that Pakistan has lost a lot in the operations against terrorism and has borne the major risks but tried to collaborate with the U.S. in their anti-extremism movement. Also, the Coalition Support Fund was not aid rather a payment for services and passageway, which makes the taunts of aid unacceptable. Considering the intensity of situation Nawaz Sharif has recommended the president of Pakistan to formulate the foreign policy which ensures the sovereignty of Pakistan giving answers to illogical statements of Donald Trump.

A point to ponder is that, the tweet was not merely a threat. A threat assessment follows a great sense of acknowledgement by the US officials as they cut the military aid to Pakistan. Statistical data shows that US has cut down the security aid to the country, estimated at around US$2 billion. Whereas Afghanistan is falling further into instability. Nearly 40 percent area has been conquered by Afghan Taliban whereas the threat of Islamic State is looming around. In these exacerbating circumstances, the US must not alienate Pakistan as it will worsen the difficulties for Washington.. Another dimension to be discussed is Gwadar significance as it holds a great geopolitical advantage due to its strategic position.

Recently the US lead NATO alliance asked Pakistan for the access of Gwadar Route. Hasil Bizenjo, Pakistan federal minister for maritime affairs was the focal person on discussing the proposal. On one side the US is cutting the military aid and reiterated the popular image of Pakistan as a deceiving state and on other side demanding access to its Mega Route.

It would not be erroneous if this whole situation can be claimed to be the reversal of Thucydides Trap. The US has been trapped but from liberalist perspective, Pakistan is the need of the hour for Washington.

Concluding the above scenario and situation of Pakistan and U.S. relations illustrates that there is a dire need to develop common grounds and not to commit a grave mistake. Only Pakistan has gone along with the mammoth risks of conducting operations against terrorism. After suffering dire consequences of the war on terror, the illogical claims of trump are raising questions about the dignity and self-respect of Pakistan and to secure its global standing Pakistan should find a strategy to amend this situation. This time China is Pakistan primary and the US is on back-end while the US is the strategic ally of India as well which complicates the situation. Henceforth to prove its truthfulness Pakistan needs to maintain the balancing relationships and maintain a certain image in the global political platform along with active collaborations with nations. Pakistan and Washington should maintain amicable relations to maintain an order and leave the way for alliances in future.