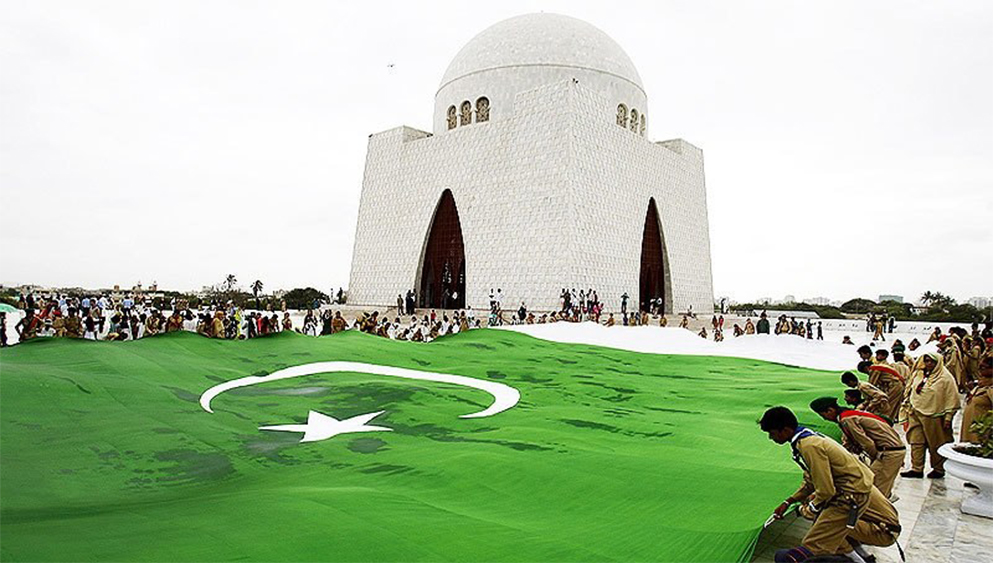 A country which was supposed to not survive according to many has surpassed seemingly insurmountable odds to stand today, 71 years old, at a crossroads. Endowed with a weak administrative set-up, a colossal refugee influx, and highly uncertain borders, embryonic Pakistan was engulfed in a myriad of problems. However, through the exemplary statesmanship of Muhammad Ali Jinnah and a collective spirit forged by hard work, perseverance and progress – the highly vulnerable state of Pakistan stood its ground. Two major wars with a hostile neighbor, an internal fracture with the loss of its eastern wing and developing nuclear power under remarkable circumstances are some of the mammoth challenges faced by the nascent state of Pakistan in addition to the tremendous suffering under the War on Terror. Our legacy of survival and prosperity in the face of grave adversity is intrinsic to the Pakistani social fabric. It is this very collective soul and spirit that should give every Pakistani hope for the future despite the plethora of challenges countered by Pakistan daily.

The past year in Pakistan’s context continues to highlight further reason for optimism and hope. The recent elections were significant since the public did away with the political duopoly of PML-N and PPP by choosing PTI. More importantly, Pakistanis discarded the ethnic card with PTI coming out as a true national party by dismantling MQM’s hold in Karachi and PML-N’s in Punjab. The elections have signaled a strong en masse urge and acknowledgement for change which will drive the incoming government’s policies and attitudes. Similarly, the ousting of seasoned politicians to welcome in new political faces seems to hold promise for change in the country.

The continued progress of CPEC related projects are expected to increase revenue, employment, and development across the country. A revitalized judiciary, backed by an emboldened National Accountability Bureau is leading the charge against corruption and holding mass profiteers accountable. This means more than just disqualifications and imprisonment, it will ensure that others think twice before money laundering or deliberately concealing assets.

There have been highly praise-worthy legislations in the past year as well. In a major human rights victory – the National Assembly passed a legislation for the rights of the highly marginalized group of transgenders. Under the landmark Act, all transgenders will be brought under official documentation, safeguarded against discrimination and guaranteed the right to inherit. Furthermore, the Supreme Court has directed to Election Commission of Pakistan to ensure overseas voting for future polls which will connect the Pakistani diaspora to issues at home. Similarly, the Parliament devised the legislative framework for the merger of FATA with Khyber Pakhtunkhwa to dismantle a colonial oppressive system which has governed the region for decades. If properly implemented, the merger will signal in a new age of progress and prosperity for the relatively isolated and under-developed tribal areas.

Perhaps the most encouraging development of the past year has been a continuation of significant decreas in terrorism within the country. After losing over 60,000 lives and billions of dollars in economic losses, Pakistan continues its resilient struggle against terrorist forces that aim to undermine its sovereignty. Terrorist incidents, fatalities, and associated economic losses have all plummeted in the past year. This has led to an increase in tourism as well as the return of international cricket to the country. All these developments have allowed for a renewed national spirit to develop which will hopefully usher in a new age of development, solidarity, and change for the country.