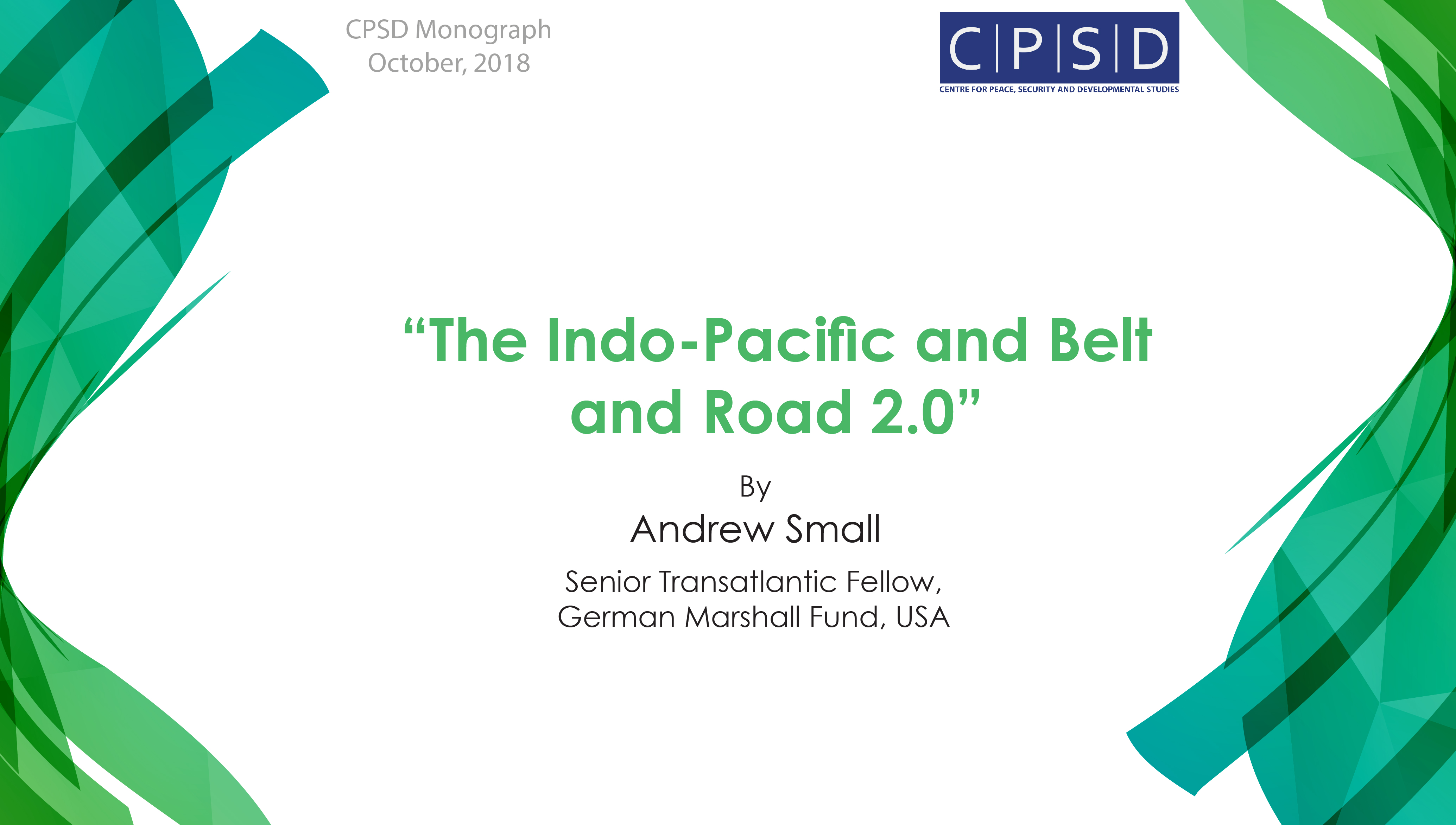 The Indo-Pacific and Belt and Road 2.0


In recent years the US has adjusted its policy from a re-balance from Asia to the “free and open Indo-Pacific Strategy,” while also adopting a very explicitly competitive China policy under the Trump administration. This will obviously have an impact not only on the US-China relationship but also have a ripple effect in the broader security and economic environment.

Furthermore, while this policy has a lot of continuity with existing US foreign policy, it is still very unusual given the Trump administration’s insistence (or so it seems) to overturn or go against the policies set in place by the Obama administration. Even then, however, there is a lot of critique from within the Trump administration about falling severely short of expectations. Even though the Trump administration is trying actively to learn from the mistakes made by its predecessor about how to design a strategy specifically to cater to the diverse (and yet common culture) of South and East Asia –- it is still true that Asia is essentially a region of US policy that maintains a tradition of being relatively bipartisan.

Furthermore, if we look at the language of the Indo-Pacific Strategy two things are immediately obvious – it indicates a more integrated view of East and South Asia whereas the oceanic terminology indicates an interest more towards maritime Asia rather than continental Asia. The first point is a recent development that perfectly reflects reality with the US calling India its “true strategic partner” while also vying for the virtual control of its economy rather than have it ally with China. The US has already renamed the “US Pacific Command” to the “Indo-Pacific Strategy” without any shift in the area of responsibility. This automatically relates to the second point talked about above – the US is more interested in securing and safeguarding its sea lanes of communication rather than land areas. The more competitive elements of this policy place more emphasis on the maritime realm than on continental Asia

Aside from India, US attention is also shifting to the Far East region and Australia which has been advancing in the spheres of technology and economy for some time. However, the free and open Indo-Pacific Strategy includes a much more integrated view of economic security. On the other hand, US policy regarding China is very difficult to see outside China’s “Belt and Road Initiative (BRI)”. The BRI is also being claimed as the main catalyst behind the efforts of a number of other countries to mobilise their resources, improve their own financing offers, think more strategically about trade, investment, economic activity and their political and security interests. However, this is evident not only in the US but also in Japan, where the government is working on improving its quality of infrastructure (mainly) and the European Union which will be announcing its own economic sustainability programme for European Asia.

If we compare the financial amounts (for loans, grants, and other purposes) in the US model, they are modest in comparison to the Belt and Road Initiative model. However, the US model is set to be very different from not only the Chinese model but also the EU model. It plans on focusing more on private sector capital rather than the State. On the other hand, the EU will be following an investment plan which involves guarantees to stimulate private sector financing rather than direct financing from the EU. Furthermore, although the US and China have always had competitive relations regarding their military, it is in the economic and technological spheres that the most important shifts have taken place. Even though the Trump administration has clashed with and come into conflict with its allies and friends over its policies, its relations with China cannot be termed a “trade war”. The ultimate aim of the US regarding China is to reach a deal to re-balance trade between the two sides in order to favour the US. Therefore, we conclude with some very fundamental questions that investigate US-China trade relations – should the two economies even be so intertwined and is the Chinese state capitalist model compatible with organisations such as the WTO?