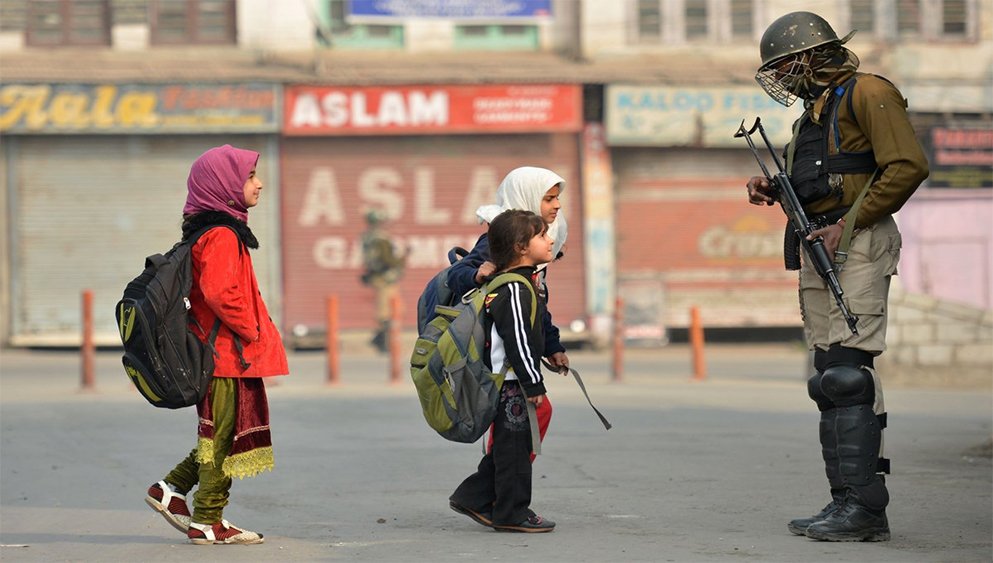 What Caused The Pulwama Attack? – The Humanitarian Dimension

The unresolved issues between Pakistan and India has led to multiple security crises in South Asia. Kashmir issue is the most critical one among these. Despite three wars between the two countries, the issue still remains undecided. The long standing conflict dates back to the 1947 partition of the subcontinent and is considered as the incomplete agenda of the partition. The dispute has not only spoiled the bilateral ties but is also a constant threat for the global stability and security.

The Kashmir conflict is two dimensional. The first dimension is regional peace and stability and involves inter-state relationship between India and Pakistan. The second dimension is human rights, which focuses on relationship between the Indian government and the Kashmiri people. The historical account of the Kashmir issue, however, shows that the two dimensions are intertwined and are hard to be viewed separately.

As per the partition plan of Indian subcontinent, the princely states had the choice of acceding to either India or Pakistan or to become an independent unit. Kashmir had a Muslim majority population, but was ruled by a Hindu Raja, Maharaja Hari Singh. Although the valley had better geographical, economic, and demographic links with Pakistan, Maharaja Hari Singh annexed Kashmir with India against the will of the Kashmiri people. This initiated the tensions among Kashmiri people and government as well as between Pakistan and Indian states and finally resulted in 1948 Indo-Pakistan War. Followed by that, the two neighbors were in direct conflict in three more wars (1965, 1971 & 1999) and several small scale confrontations across the borders.

While Kashmir issue is the sore point for both Indians and Pakistanis, there are other internal factors which have added fuel to the existing fire. It could be argued that when one looks at the current state of affairs, the human rights violation, and atrocities by Indian side has further complicated the crisis. The security personnel who are supposed to manage law and order in Kashmir have become the cause of insurgency and unrest across the valley. They subject local population to severe physical and psychological torture. The inhumane attitude of Indian military is one major factor behind the armed struggles in the region, pertaining to the dissatisfaction and disrespect felt by local Kashmiris. Indian high-handedness in Kashmir has been condemned by human rights groups in India and abroad, such as Amnesty International, Human Rights Watch and others.

The valley has seen multiple episodes of violence in the recent past due to these factors. In 2010, thousands of young Kashmiris took to the streets to protest against Indian rule. The unrest began in May 2010 when soldiers killed three villagers in the frontier area of Kalaroos, near the Line of Control. The men were initially branded as militants who had entered from the Pakistani side, but police investigation subsequently revealed that soldiers had killed the local villagers in cold blood. The incident triggered widespread protests led by stone pelting youth. More than 100 Kashmiris were killed over that summer and 2010 was quoted as the year of youth killing in Kashmir.

In July 2016, the valley witnessed one more wave of unrest when a popular leader of a separatist group was gunned down in South Kashmir. The protests followed by the murder turned out to be more violent than those of 2010. While the 2010 agitation was largely restricted to urban centers, the 2016 protests were much more widespread and started from the rural areas of South Kashmir. Within a week, they spread to North Kashmir as well. Over the months of uprising, about 120 civilians were killed while thousands of protesters and policemen were injured. Some of the most harrowing images coming out of the Valley in the summer of 2016 were of young girls and boys blinded by pellet guns. In the aftermath of 2016 uprising, there are reports of further radicalization in Kashmir and it was clear that the armed struggle could not be suppressed through force.

The recent suicide attack on Indian forces in Pulwama should be seen as continuation of long struggle by Kashmiris provoked by the illegal occupation and suppression of basic human rights in the valley. The Pulwama attack which claimed more than 40 lives of soldiers is being considered as the deadliest attack in the last three decades. The Indian government under Prime Minister Modi is repeating the old mantra that these attacks are supported by Pakistan without paying heed to the real cause behind increased radicalization in Kashmir. While Pakistani government has condemned the attacks and is willing to resolve the Kashmir issue through dialogue, constant refusal from Modi government is a major impediment to the peace process. The blame game and denial is not the solution. Instead, engagements for understanding the causes of the growing militant attacks is the need of the day.

Given the increased militancy in the valley and the antagonism among Kashmiris, it has become imperative to resolve this issue at priority. India should resort to dialogue and refrain from accusing Pakistan of cross-border terrorism. PM Modi administration should not cover human rights violations by just portraying its repressive policies in the valley as counter-terrorism efforts. The inhumane attitude and brutal actions of occupied forces in Kashmir is counterproductive to any peacemaking effort in the region. International community should also be proactive to play its role and press India to resolve the matter through dialogue.