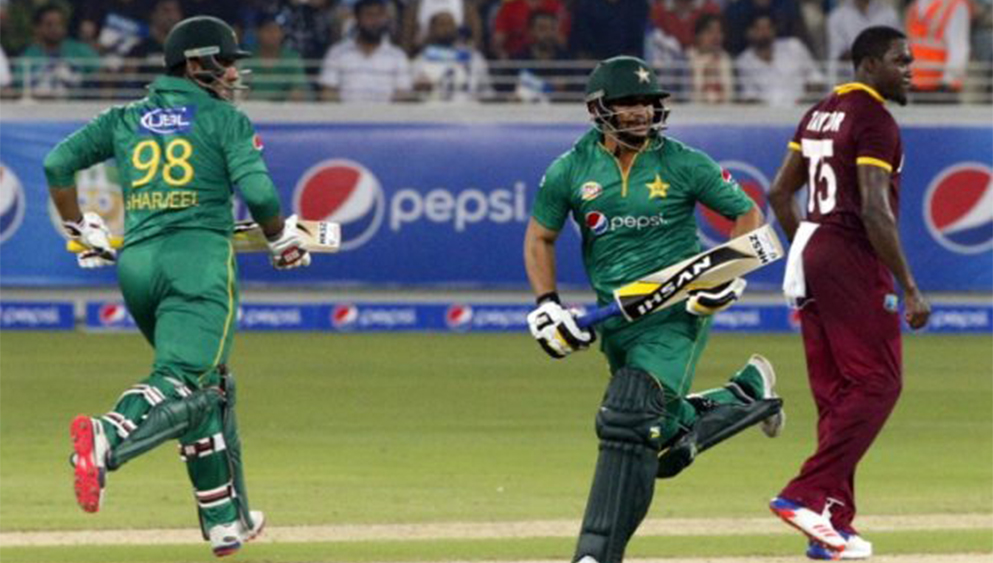 After the finale of the Pakistan Super League, cricket fans enjoyed the T-20 series between West Indies and Pakistan in Karachi National Cricket Stadium. It took nearly 9 years for international cricket to return to Karachi after the cricket team of Sri Lanka was attacked by terrorists in 2009. Amid tight security arrangements and the presence of thousands of security personnel, the planning for the final was foolproof.

The spectacle was watched by 32000 people, along with the Prime Minister Shahid Khaqan Abbasi, Sindh Chief Minister Syed Murad Ali Shah, DG ISPR spokesperson Major General Ghafoor and a large number of celebrities. After years of terrorist attacks and bloodshed in the streets, the city of Karachi breathed a collective sigh of relief when the final of PSL 2018 was held in Karachi as promised last year.

3 match T-20 series between India and Pakistan was also viewed by thousands of spectators while millions viewed the matches on television screens.

The revival of international cricket can be credited to the success Pakistan’s security forces have had in the war on terror. According to a report by the Islamabad based Institute of Strategic Studies, violence had decreased in Pakistan for the third straight year.

Editorials in the Spectator magazine in UK and Foreign Policy in the United States have also argued that Pakistan is winning its war on terror. About a decade ago, Pakistan was considered to be one of the countries at “extreme risk” of terror attack, second only to Somalia. Successful military and intelligence based operations against terrorists have made the PSL and the recent T-20 series possible.

All this is good news indeed. Visits by cricket teams from other countries help improve Pakistan’s image which has been ‘hard’ in recent times, especially post-9/11. Sports diplomacy can go a long way in projecting a softer image of the country and improving relations with other countries. But this does not mean that the problems in mega-cities like Karachi have gone away. Problems such as lack of proper sewage system, water crisis and load-shedding are particular causes for concern for residents of Karachi.

How important is Karachi to Pakistan?

The population of Karachi is nearly 25 million. It is the financial and commercial center of the country. According to a report by Asian Development Bank (ADB), the city handles 95% of Pakistan’s foreign trade, contributes 30% to Pakistan’s manufacturing sector. Karachi also contributes contributes 20% of GDP, retains 40% of the total national employment in large scale-manufacturing, holds 50% of bank deposits and contributes 25% of national revenues and 40% of provincial revenues.

With the beginning of the summer heat, as discussed in another piece, there are fears that the curse of load shedding may return. The demand for electrical power stands at around 19000 megawatts but the supply is short by nearly 4000 megawatts. Cities like Karachi where a lot of industry is concentrated are adversely affected. And it’s not simply a matter of adding more power generators to the national grid. According to a 2014-15 performance evaluation report by NEPRA, reported losses by K-electric were 22.24%. What this means is that for every 100 megawatt of electricity generated, less than 80 megwatts actually reached the consumer. The distribution network in Karachi needs to be more efficient to make sure load shedding doesn’t become the norm again.

The sewage system of Karachi is a huge source of frustration for its citizens. In August of last year, floods in Karachi swamped the streets and killed at least 13 people.

The cause of floods was heavy rain combined with a sewage system that made sure the rainwater stay there for days on end. Hundreds of people eventually had to flee from their homes. Cars were abandoned in the middle of streets.

The solid waste problem in Karachi has also assumed crisis-level proportions. The previous mayor of the capital of Sindh, Mustafa Kamal of the Pak Sarzameen Party wanted to hire a Turkish company for garbage collection in Karachi. The Sindh government then amended laws and the power of mayor Karachi was greatly reduced. The incumbent mayor, Waseem Akhtar, is now operating in a system where the mayor has more symbolic power than actual authority.

The Mutahidda Qaumi Movement (MQM) has been in power in Karachi for a long time. The responsibility for not solving these problems lies as much with the government of Sindh as with MQM. The performance of the party in elections has been lackluster in recent years.

Some reports suggest that Karachi has become the sixth most water stressed city in the world. It requires nearly 1.1 billion gallons of water daily but only about half of it is guaranteed, according to the Karachi Water and Sewerage Board. The population of Karachi is also expanding as refugees, economic migrants and internally displaced persons continue to move to the metropolis. An expanding population means the water crisis is likely to get worse unless concrete steps are not taken to resolve the issue.

Due to lack of metering and accountability in general, tanker mafias have evolved to take advantage of the crisis. Water tankers each costing about Rs. 5000 are selling water in many areas of Karachi. The cost adds up once you need to bring in a tanker every two weeks. For the poor, being able to afford these tankers is nearly impossible.